Lead violinist of the Teatro Lirico Foundation in Cagliari since 2009, Gianmaria began studying the violin under the guidance of Paolo Marascia, then continued with George Mönche, Igor Volochine, Felice Cusano and Sergey Krylov. At the age of seventeen he won second prize at the national Mario Benvenuti violin competition, the City of Vittorio Veneto Prize, and the following year he was awarded full marks for his violin diploma at the Giovanni Pierluigi da Palestrina conservatoire of Cagliari.
Gianmaria perfected his studies in masterclasses with Nicolas Chumachenco and Thomas Brandis, and trained in orchestral courses with the Italian Youth Orchestra, as lead violinist for two years. At the same time, he studied quartet and chamber music with Piero Farulli. Gianmaria won three international orchestral competitions, at the Arturo Toscanini of Parma, Teatro Lirico of Cagliari and Haydn of Bolzano and Trento Foundations.

Since 2014 Gianmaria has been violinist of the Novafonic Quartet, a formation of soloists and principal parts of leading orchestras, performing a contemporary repertoire of Piazzollian inspiration and jazz.

He recently made his début as a soloist at the prestigious Carnegie Hall in New York, playing Beethoven’s triple concerto.

He has recorded for the KNS Classical record company, with the Novafonic Quartet and in duo with the pianist Giuseppe Gullotta.

He plays a copy Guarneri “Le Duc” violin made by Philippe Girardin in 2019. 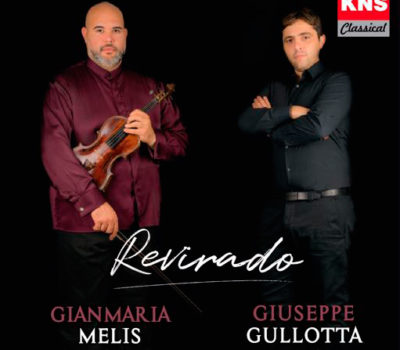 The music of Piazzolla has always represented for me the completeness of human feelings and, sometimes has provided a way to escape from my work as a “classical” musician; every time I play his music I experience a feeling of pure fun mixed with tears, joy, passion, tenderness.
I had wanted to dedicate a project exclusively to this composer, and during a series of concerts last summer, I found the person I was looking for: Giuseppe Gullotta. A pianist of outstanding qualities, with whom I immediately found an affinity in musical intention as well as a great shared passion for the music of Piazzolla.
From this meeting, Revirado was born, our first recording project.
Novafonic Quartet 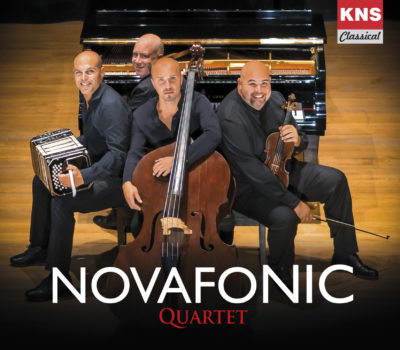 lThe Novafonic Quartet was created from the meeting of four musician friends, a formation of Piazzollian inspiration and jazz.

I started studying the music of Bach when I was just a child. It has kept me company every day of my life, and I hope it will continue to do so for a long time to come.

From this great love, my project was born: the video recording of the Sonatas and Partitas for solo violin, inside one of the most important Romanesque monuments in Sardinia, the cathedral of San Pantaleo in Dolianova, a small town in southern Sardinia.

Any cookies that may not be particularly necessary for the website to function and is used specifically to collect user personal data via analytics, ads, other embedded contents are termed as non-necessary cookies. It is mandatory to procure user consent prior to running these cookies on your website.